OSCAR is a framework to efficiently support on-premises FaaS (Functions as a Service) for general-purpose file-processing computing applications. It represents the porting to an on-premises scenario of the SCAR framework, which supports a High Throughput Computing Programming Model to create highly-parallel event-driven file-processing serverless applications that execute on customized runtime environments provided by Docker containers run on AWS Lambda.

Users upload files to a bucket and this automatically triggers the execution of parallel invocations to a function responsible for processing each file. Output files are delivered into an output bucket for the convenience of the user. Highly scalable HTTP-based endpoints can also be offered in order to expose a generic application. An user-provided shell script is executed inside the container run from the user-defined Docker image in order to achieve the right execution environment for the application. 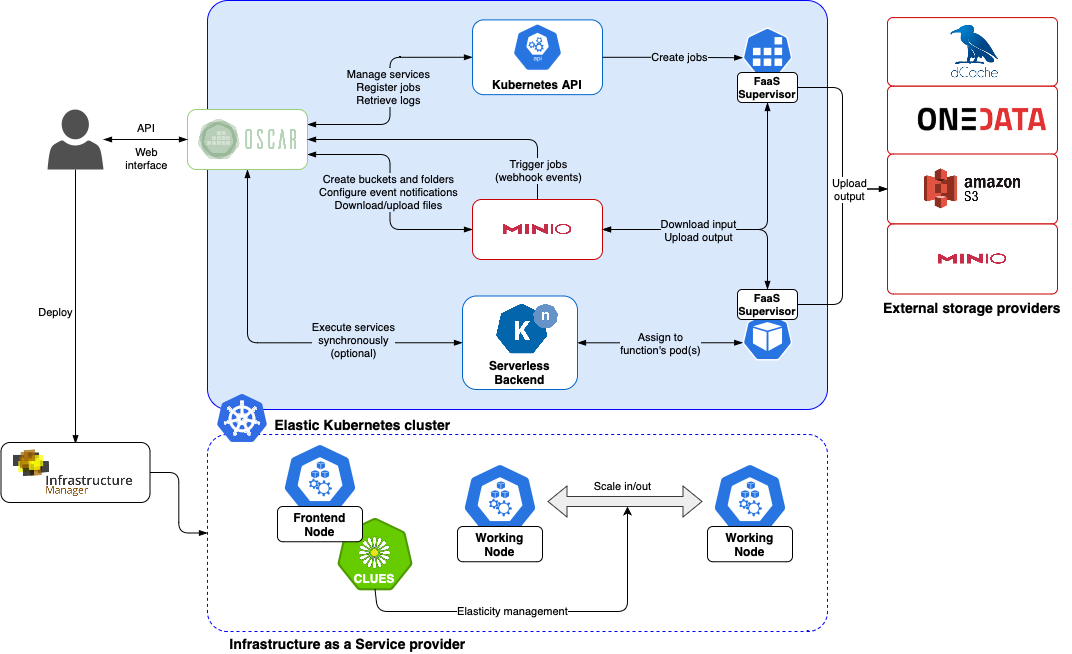 OSCAR runs on an elastic Kubernetes cluster that is deployed using:

The following components are deployed inside the Kubernetes cluster in order to support the OSCAR platform:

As external storage providers, the following services can be used:

An OSCAR cluster can be accessed via its REST API, the web-based UI and the the command-line interface provided by oscar-cli.